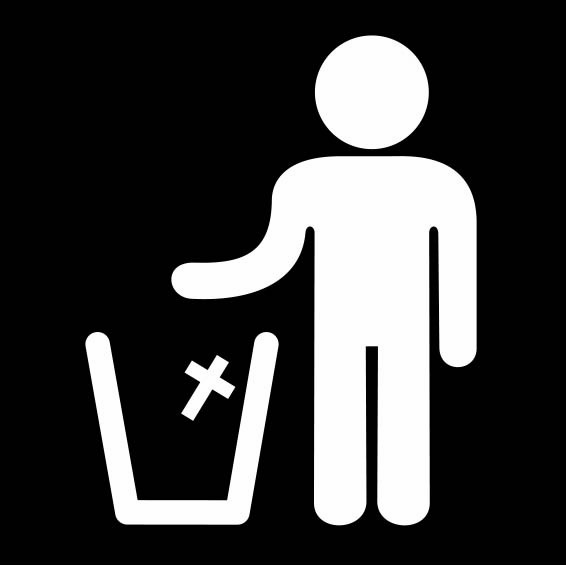 There was an old homeless man sleeping on a park bench downtown. He got up from the bench that he was laying on to cross the street to the other side. While the man was away, a bag of fresh bagels was placed where he was sleeping on. A gift was placed by a stranger who wanted the old man to have a meal and at the same time, give God all the glory by thanking Him. When he came back and saw the bag of bagels, his eyes widened and paused for a few seconds with thoughts running through his mind. Surprisingly, the man picked it up and walked directly to the dumpster and tossed the wonderful gift in the trash.

This is what Jesus faces every day by Atheists, Agnostics, false religion and those who do not associate with a name tag do when Jesus knocks at the door of their hearts to hand them the gift of eternal life (the message of Christ). They grab the message which is the Good News, walk to the nearest dumpster and toss it. If only they truly knew the consequences of their action.

36 The one who believes in the Son has eternal life, but the one who refuses to believe in the Son will not see life; instead, the wrath of God remains on him.

29 How much worse punishment do you think one will deserve who has trampled on the Son of God, regarded as profane the blood of the covenant by which he was sanctified, and insulted the Spirit of grace? 30 For we know the One who has said, Vengeance belongs to Me, I will repay, and again, The Lord will judge His people. 31 It is a terrifying thing to fall into the hands of the living God!

12 Replies to “The Gift Of God Thrown Into The Trash”

My Statement Of Faith

How To Get Saved

If you do not have a personal relationship with Jesus Christ, I encourage you today to do so. Repent and believe that Jesus died on the cross for your sins and took your punishment upon Himself, was buried and on the third day rose from the grave. If you give your life to Jesus by accepting what He did for you, He will give you eternal life. Call on Jesus Christ today for the salvation of your soul (Romans 10:9-13).

Make these words your own

Father in heaven, in the name of the Lord Jesus Christ. I confess Lord that I’m a sinner and only through You Lord Jesus can my sins be forgiven. I believe that You died for my sins on the cross and on the third day You rose from the grave. Forgive me for all the bad things I have done and save me today. I want to follow You for the rest of my life so that I may do Your will, In Jesus’ name I pray, Amen.

Click on the links below for the free tracts

Click on “Daily Devotional” to get a taste of God’s Word, so that you may desire more.

A message to all believers in Christ Jesus

The desire of my heart is to reveal Satan’s tactics and how one can overcome his schemes. I want to encourage you to fight the good fight of faith. Putting on the full armor of God, by way of reading the Word of God and praying every day so that you may be strengthened and be transformed into the image of Christ for good works.

Encouraging Scriptures To Lift Up The Weary Soul